I was motivated to get rolling so at 5:20 I was hiking by headlamp south two miles to highway 40. It was a little after 6:00 am and since there was no traffic, I hiked east on the road to get in some more miles. When I reached highway 14, the trail turned east. Hitching was still not the best so I turned around and started walking west towards Steamboat. Four miles later, Nate picked me up and took me to McDs for a senior coffee and big breakfast…. 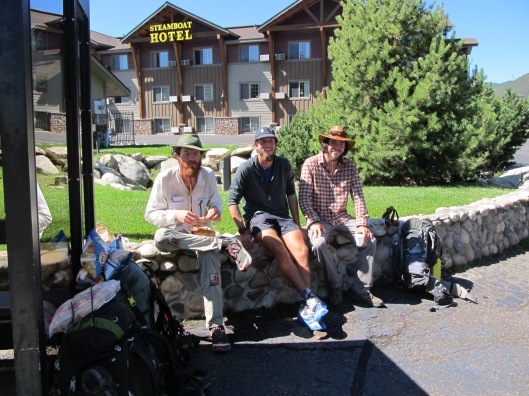 White Face, Grit, and Patch were in town so I crashed and cashed in on a shower. Patch needed to do laundry so we split the load. I started the recharging of the batteries and Patch let my use his charger to charge the mp3 player….