I had two and a half liters of water and hoped to make it the nineteen miles to Lincoln. I was jacked up on coffee and on a mission….Food.

I met Swan and Sweet Smelling Mama at Flesher Pass. They were hiking from Leadore to Benchmark…..I think. 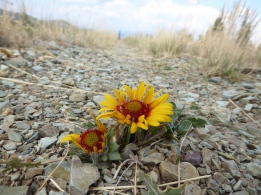 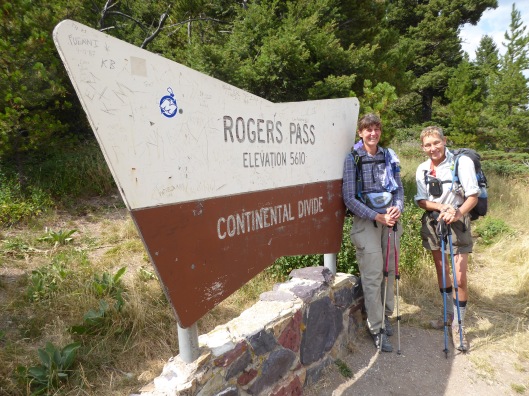 I would catch up to the speedsters  ( Swan , Sweet), and then they would hike ahead. After lunch we only had a few miles to Rogers Pass and Swan had called Bill at the Sportsman Inn for a ride. “Of Course I will tag along”.  Sure enough, at three pm Bill showed up and all three of us were headed to Lincoln, MT.

I sent a food box to Three Bear Motel so I felt bad not staying at the Sportsman Inn. On top of that, there were not any dorm or bunkhouse rooms. .. at Three Bears …..Humm… I got the last room or that’s what she said. . I would room All by myself.

I walked to the sportsman and then we all went to the Bootleggers for dinner. Justa, Swan, Sweet, Grape Nuts, Patches, Lint and me, all at one table. It was the largest group of hikers I had dinner since forever. Very Very Nice.

Since we were aware of fires in the area. It was a great idea to stop by the local Ranger Station and get a up to date report..Tomorrow. ..