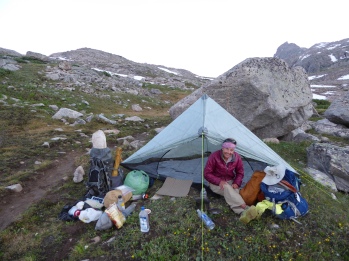 Woke up to a beautiful view. The snow-melt falls that were near our tent provided white noise for a great nights sleep. As we hiked the sun was coming up. The shadows in the high lakes were spectacular. 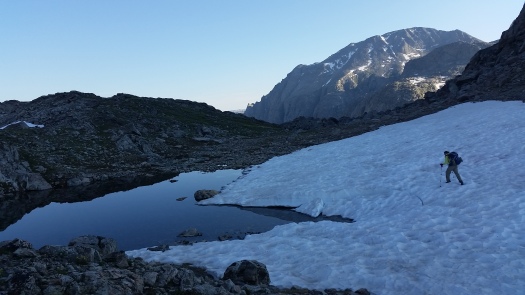 We were at 11,000 ft and climbed to Shannon Pass the Cube Rock  Pass. That is where the fun began. First we were rock scrambling along a  steep side of an unnamed peak. 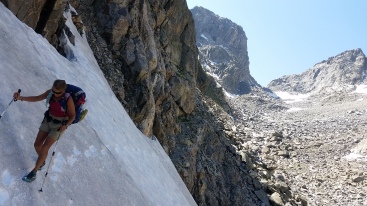 We soon came to a 60° Snow slide. I kicked in footsteps reminiscing of Colorado.  I was relieved when I reached the other side but had to watch Moonwalker cross knowing there was nothing I could do if she slipped. She did great and around the next corner…Yep another just as steep but smaller. We decided to climb down the rocks and back up the other side of the slide to avoid any surprises. 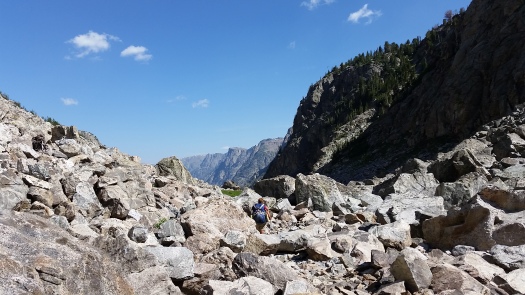 We dropped down and then a short hike up to Vista Pass. From there we dropped all day following the headwaters of the Green River.  The river was actually green and roaring filled with snow melt. We forded several feeder streams and thankfully there was a bridge when we crossed the River. 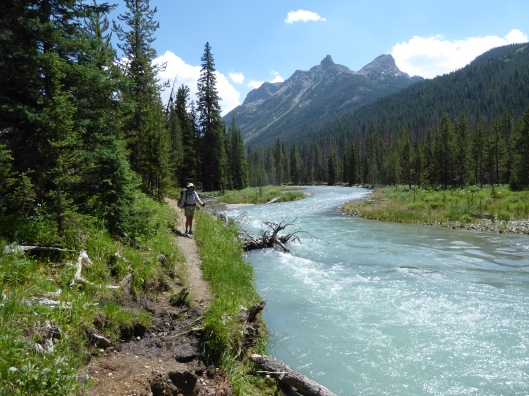 .We had dinner with the mosquitoes at the first of two lakes that made up the Green Lakes. There was a Campground on the map at the base of the second lake where we wanted to get showers but no luck. Only a pit toilet. We camped near the campground in the woods. 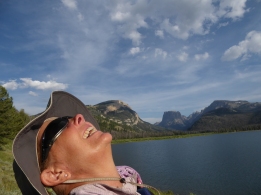 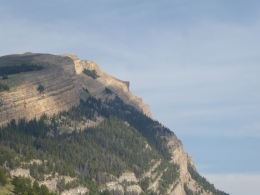 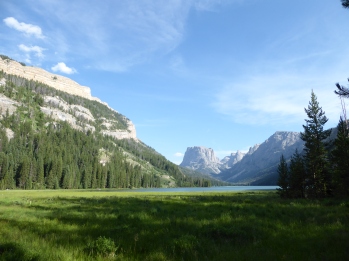 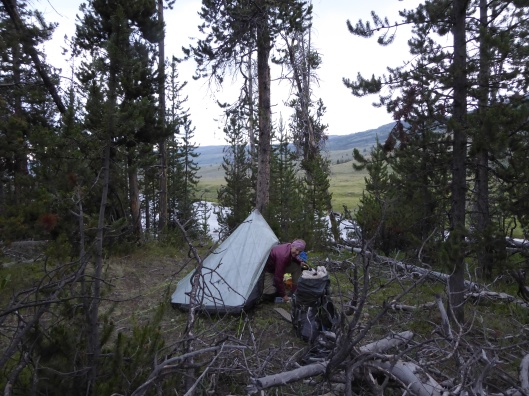